Hope and Direction from Beyond the Grave

HER LOVINGLY MARKED BIBLE BECAME A SOURCE OF LIGHT, HOPE AND PEACE.

Suzanne, a single mother of two little boys, reached out to her Lord and Saviour as she suffered from the chronic, debilitating illness of cystic fibrosis. She underlined comforting verses in her Bible. She recorded her prayer needs in the margins. She dated significant verses that brought revelation to her dying body. She recorded passages of light during the encroaching darkness of her pain. When Suzanne was pregnant with her first son, she always said that he was responsible for bringing her back to her Lord. Then, while pregnant with Daniel, her second child, she told him that an angel had spoken to her and said that she was to call this baby Daniel. Suzanne had Bible verses on her walls and her Church family in Queensland reached out to love and support this little family.

Eventually, Suzanne’s health deteriorated so they moved back to her parent’s home in NSW. When Daniel was nine his precious mother died and he was a lost, lonely child who was angry with the world and all who tried to support him. But, mostly, he was angry with God.

Daniel ran away from extended family. His grandparents tried to look after him but they couldn’t continue to do so because of their health and age

From the age of ten, Daniel was placed in foster care. He had a succession of foster families as his self-destructive, angry behaviour alienated him from receiving help and inclusion. By the time Daniel was 13 he was placed into multiple refuges with up to five other children in each house. These were often violent, neglectful places where drugs and sexual assaults were common. Carers worked on a shift basis and Daniel discovered that marijuana eased the pain of loneliness and loss. “THIS WAS A VERY LONELY PLACE TO GROW UP IN,” he said.

At the age of 18, Daniel tried to reconnect with his brother and grandparents for a while. But this was unsuccessful. He then moved into a flat of his own and found work in a warehouse. He created a virtual existence through gaming and Facebook communities became his ‘family’. The architectural game of Minecraft enveloped his whole being as he progressed to developing his own style, and, eventually winning one Australian  and two Oceanic competitions.
During those years, Daniel’s anger with God caused him to search the internet to disprove God’s existence…or at least His benevolent interest in mankind. He wanted answers to the big questions, such as…
Why do bad things happen?
Why is the world in such a mess?
Who created God?
Are the people and events recorded in the Bible true?

But in the midst of this desperate search, Daniel fell in love. Even though his initial reaction to a single dose of ICE (crystal meth) induced a major psychotic reaction, Daniel loved it. All other drugs paled into insignificance when ICE entered his system. He now had the confidence to walk into any room, to talk with women…and to go for days without food or sleep. Music and videos would fill his mind for four to five days as he sustained the drug induced high. Somehow, the videos always went to Christianity, but Daniel vehemently rejected this influence and screamed out that he was not ready for this intrusion into his being.

Because of his instability he lost his flat and job. He moved back into his grandparents’ home, and they were really concerned about him.  One day he nostalgically went through some of his mother’s stored possessions and discovered her Bible. He never unzipped the maroon cloth cover with its bold embroidered words, ‘ BE STILL AND KNOW…’. This book was a link with his mother. A keepsake.

Daniel’s initial reaction to ICE with a psychotic episode brought him to the attention of Mental Health and he was included in outreach services from the hospital. During this time the ABC filmed a documentary, ‘ CHANGING MINDS’ and Daniel was interviewed. Although he was in the process of getting off ICE he was still using ‘weed’ and ‘party drugs’.

Through this documentary, Daniel was connected to a Salvation Army drug and alcohol service who then put him in touch with a volunteer job at Anglicare. Here he met up with a Pastor, Phill, who spoke life and hope into Daniel and he mentioned the possibility of rehab at a place he knew about…Sherwood Cliffs. But Daniel was not ready.

The drugs, and his all-encompassing destructive existence, held him captive.

One day, on his way to buy drugs, Daniel was robbed of $800. His dealer would not give him anything without money, and then, the dealer was arrested. Daniel had no other reliable contacts and he was desperate and strung-out. In the next two weeks he suffered incredible withdrawal symptoms, but still managed to put his name down for Sherwood.

While homeless, beaten down and trying to make ends meet, Daniel desperately acknowledged that, “I need anything,”. He then had a strong urge to open his mother’s Bible and the first verse he flicked open to was underlined by her pen….

”DO NOT FEAR, DANIEL, FOR FROM THE FIRST DAY YOU SET YOURSELF TO UNDERSTAND, AND TO HUMBLE YOURSELF BEFORE YOUR GOD, YOUR WORDS WERE HEARD; AND I HAVE COME BECAUSE OF YOUR WORDS”. Daniel 10:12

These words terrified him. He felt that he was not a good person and he was so small. The thought that God saw everything freaked him out and he quickly put the Bible away. However, Daniel could not shake this revelation. During this sober period, he turned to watching Billy Graham on Youtube and, at the end of one sermon, Daniel prayed the prayer of commitment. A peace hit him in the chest!

While he waited for word from Sherwood for a place in residential rehab, Daniel locked himself in his room to avoid accessing drugs. He deleted Facebook, ordered in a steady flow of junk food as his body craved sugar and he increased his tobacco smoking ten-fold. During this time Suzanne’s lovingly marked Bible became a source of light, hope and peace.

When Daniel first arrived at Sherwood Cliffs he was overwhelmed by the number of people and the requirement to be involved in meals, work, group sessions and social activities. His previous coping mechanism of escaping to his own room was not a possibility. Gradually Daniel felt more comfortable with the routine and the regular faces, but Saturday night BBQ and Sunday church were really stressful. The uncertainty of meeting new people in these situations was a worry, plus the fear that they might want to pry into his past and ask why he was in rehab.

Daniel’s usual pattern was to remain in a work situation for 3 months and then use any excuse to leave before the expectation of friendships with work colleagues could evolve. He had warned Chantal and Colin of this pattern so they could help him through the anxious times when personality clashes with other seekers arose. He said that it would have been easier to leave, but, he had made a commitment to himself to stay. He wanted his time at Sherwood to be a period of obedience to overcome his usual pattern of running away, and, to grow in faith. Daniel has learned to deal with his nervousness head-on, to not feel judged by others and to feel comfortable in his own skin.

After progressing through the early, restrictive stages of rehab, Daniel is now studying a Certificate III in Disability Support, on-line, and plans to seek employment in this sector next year. Eventually, he would like to continue onto further welfare studies so that he can help other young people with similar backgrounds. Daniel has had many driving lessons and is ready to go for his P’s ( provisional licence) very soon. His confidence has grown as his opportunities to drive have been made available.
Pray for Daniel as he launches out beyond Sherwood. He is determined that …. “My past should not define me but refine me.” 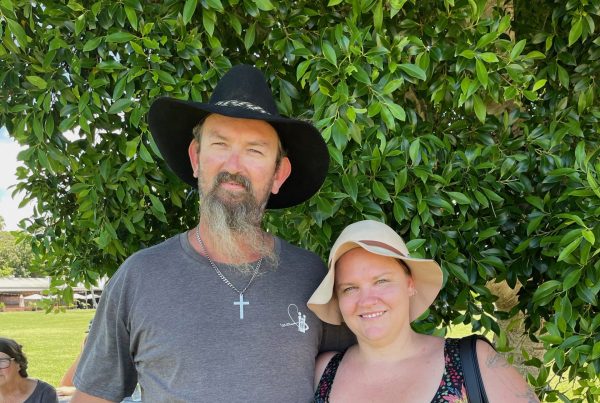 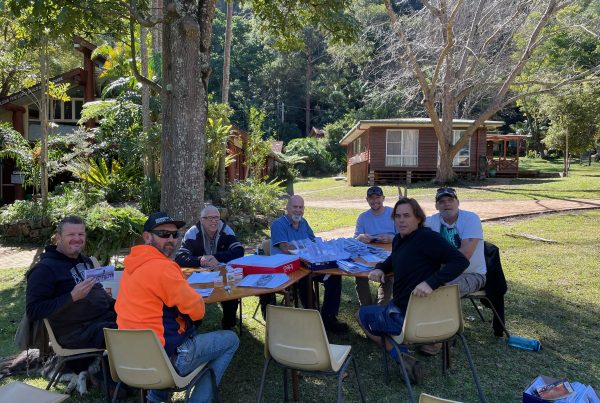 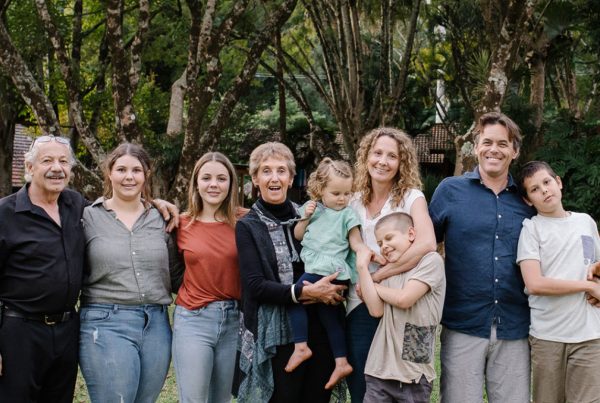